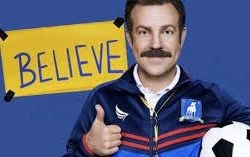 I’m not a soccer fan, or football fan, as the rest of the world calls the game of soccer. So I wasn’t sure I would enjoy the hit comedy show, Ted Lasso. But with all the buzz and Emmy awards, I was curious.

After binging on the first two seasons, I can say that you don’t need to like “football” to enjoy Ted Lasso. After all Ted himself barely understands the rules. If you haven’t seen the show, here’s the premise: Lasso, an American college football coach, is recruited to lead an English professional league soccer team, despite having no experience in the sport. What Ted doesn’t know is that he has been hired by the club’s new owner because she wants the team to fail (hence the hiring of Ted) to spite her former husband and former owner of the club.

At first, given his lack of soccer experience, Ted is viewed as a buffoon and made fun of by the players, fans, and media. But his big-hearted, optimistic, and even charming coaching style gradually starts to win over all, including the team owner. While he may not understand everything about “football,” he does understand people, and this makes him an outstanding leader.

1. Teamwork: Team comes first and being part of a team is paramount to Ted. He believes wholeheartedly that the whole is greater than the sum of its parts. His coaching focuses on making the team more than its most talented players with superstar status. Ted says time and time again that winning isn’t everything, and eventually others feel this way, too. Ted’s leadership style is to inspire others to grow and step into the possibilities.

2. Empowerment: Ted encourages players to give their input on game tactics, which creates a sense of ownership, leading to more engagement and motivation. He also harnesses the diversity and wisdom of those around him to get to the best solutions. This means he takes a genuine interest in others along with showing lots of patience, kindness, and confidence.

3. Believe: A single word on a yellow sign hung with duct tape over the coaches’ office—Believe—reminds everyone in the locker room of the power of belief: belief in oneself, belief in the team, belief in ideals and goals. Our beliefs influence our lives and make us who we are.

We see these philosophies every day with Shepherd’s Centers and with our Network. We value diversity and collaboration, helping each other, and showing kindness. We value teamwork, recognizing that volunteers, staff, and/or centers bring their own skills and experiences into the melting pot of possibilities. And perhaps most important, we believe in our common mission to inspire older adults to live with meaning and purpose. Together, we are an unstoppable, powerful force.

My hope is that like Ted, Shepherd’s Center leaders can help each other be our best selves so that we can have the best centers and the best network. Our focus is on the long game, not the short-term wins.

For nearly five decades, Shepherd’s Centers of America has been a beacon for shaping the national conversation on positive aging in America. Today, our programs promote solutions for a more productive, meaningful, and independent way of living in later life. Building on years of experience, our empowering programs focus on lifelong learning, health and wellness, and volunteering in community in order to foster independence (and interdependence), grow meaningful friendships, and minimize social isolation. 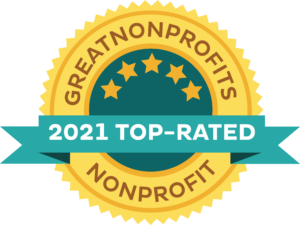